What are the Tonsils and Adenoids and What Do They Do?

The tonsils and the adenoids are lymph glands. They are thought to function as part of the first line of the body's defense against potentially harmful germs. Bacteria or viruses enter the mouth or nose and are "picked up" in the tonsils or adenoids. There they are exposed to white blood cells, which pass through the tonsils and adenoids from the blood stream. The white blood cells help kill the potentially harmful germs.

The adenoid (pharyngeal tonsil) sits behind the nose in the area above the throat called the nasopharynx. We cannot see this when we look in the mirror because it sits above the soft palate. The tonsils (palatine tonsils) sit on either side of the throat and project out into it. The uvula dangles down from the soft palate between the tonsils. There are numerous similar but smaller lymph glands throughout the body, especially around the throat area. With repeated infections, the tonsils may scar, and lose their protective function. On occasions, germs may overcome the white blood cells in the tonsils and may never be eradicated (chronic tonsillitis). The adenoids naturally begin to shrink at age 7 years.

"Tonsillitis" means inflammation of the tonsils. This may be due to a bacteria, or germs, which in some instances responds to treatment with antibiotics. Often infections are due to viruses and do not respond to antibiotics. A well- known virus is the Epstein-Barr virus, which causes glandular fever and glandular fever tonsillitis. The tonsils may suffer frequent infections in some people, especially children and young adults. Chronic tonsillitis occurs when there is so much damage to the tonsils that they remain infected and do not respond well to antibiotic treatment. In this condition, the throat is sore much of the time, often with bad breath (halitosis) and sometimes yellow, cheesy, bad smelling and tasting material (a mixture of germs, white blood cells and dead skin cells) may come out of the small cracks (crypts) in the tonsils. Some people can squeeze the yellow material out of the tonsils.

What Are The Symptoms Of Tonsillitis?

Chronic or long term infection can sometimes lead to significant enlargement of the tonsils and adenoids. This may cause difficulty breathing, with snoring and restlessness at night. At times there may be large pauses between breaths (sleep apnoea.) Sleep apnoea may result in poor growth and development and excessive tiredness during the day. Severe cases may result in heart strain. Chronic adenoid enlargement may lead to changes in the growth of the upper jaw and changes in tooth position. There is some evidence that chronically infected adenoids may sometimes contribute to the development of glue ear, recurrent ear infections and hearing loss.

Glandular Fever may cause a severe attack of tonsillitis. The tonsils and the glands in the neck are often very large and may cause severe breathing difficulties. There is often a grey coating over the tonsils. There may be a rash on the skin or sometimes over the soft palate. The infection often involves the liver and spleen and causes them to enlarge. In this case care must be taken to avoid minor abdominal trauma as the spleen may potentially rupture, causing severe intra abdominal bleeding. Alcohol must be avoided when the liver is enlarged. The diagnosis of Glandular fever is confirmed by blood tests looking for the presence of Epstein-Barr virus or looking for abnormal lymphocytes (a type of white blood cell)

Quinsy is an abscess, which forms on one side of the palate and throat around the tonsil, and may follow an episode of tonsillitis. It causes a persistence of symptoms of severe tonsillitis, which often fail to respond well to oral antibiotics unless the abscess is drained. Often there is severe difficulty drinking and dehydration may result. A Quinsy is drained by a specialist Ear Nose and Throat Surgeon by making a small incision into the abscess ("Lancing"). This may be performed with a local anaesthetic injection (like the dentist) in adults or under general anaesthetic (asleep) in children.

This video shows a little boy who has an obstructive  breathing pattern, typical of enlarged tonsils and or adenoids.  Notice how hard the chest moves when he breathes and how much the neck “tugs” in. This type of breathing pattern may result in poor sleep quality and may interfere with attention and learning during the day.

What Are The Main Treatment Options For Tonsillitis?

It is important to remember the most common infections of the throat are viral "colds". They do not benefit from antibiotics. Symptomatic relief with oral Paracetamol and with lozenges (e.g. Strepsils, Difflam) is most beneficial. Drink plenty of fluids. The most frequent treatment recommended for bacterial tonsillitis is oral antibiotics (commonly a penicillin type such as Amoxycillin) in association with pain relief and bed rest. These are usually given for 7-10 days.

An option for those with frequently recurring infections is prophylactic or preventative antibiotics. A daily or twice daily low dose of antibiotic is given in order to try to prevent further infection. Over time, however this may result in bacteria becoming resistant to antibiotics, and thus the antibiotics becoming less effective for severe infections.

For recurrent tonsillitis, or for treatment of the side effects of enlarged tonsils or adenoids, adeno-tonsillectomy or tonsillectomy can be very beneficial. For those with diabetes, heart valve problems or immunodeficiency, surgery should be considered early, because of the consequences of spread of tonsil infection to other parts of the body. When there is airway obstruction, severe snoring or sleep apnoea as a result of enlargement of the adenoids or tonsils, they should be removed. There is no absolute criteria to determine when adenotonsillectomy is necessary for recurrent or chronic tonsillitis. The minimum criteria recommended by the American Medical Association and the American Academy of Paediatrics were the occurrence of four episodes of tonsillitis in the preceding year. Important considerations are the severity of each infection, the speed of response to oral antibiotics (or if there are side effects of antibiotics such as allergy, thrush or diarrhoea) and the amount of time needed off work or school because of infections.

Doctors Don't Perform Tonsillectomy As Much Now – Or Do They?

Tonsillectomy has been done for literally thousands of years! It, like many things, has come in and out of favour when performed incorrectly or for the wrong reasons.

This is a half- hour operation performed in hospital by a specialist Ear Nose and Throat Surgeon (Otolaryngologist). I perform this most commonly at Gillies Hospital, in Epsom ( This is a specialist Ear Nose and Throat Hospital run by Southern Cross). A general anaesthetic is provided by a specialist anaesthetist. Dr Paul Baker and Dr Andrew Wong from Epsom Anaesthetic Group usually anaesthetize for me. An overnight stay is often unnecessary, unless your child is very young (1-2 years old) or has a history of snoring with apnoea (breathing pauses).

The operation is performed through the mouth. The tonsils are carefully scraped away with special tweezers. There are no cuts on the neck and there are usually no stitches in the throat. There is a small raw patch (like a graze) on each side of the throat afterwards which takes 3 weeks to heal fully. The raw patch forms a scab, which becomes white because of the moisture in the mouth. Smelly breath in the first week after surgery is common.

While healing takes place, the throat is very sore for ten days, (sometimes up to two weeks) and regular pain relief is important to ensure a smooth recovery. Sometimes there may be pain referred to the ears (because they have a similar nerve supply to the throat.) Removal of the adenoids alone is not usually uncomfortable.

Regular pain relief, including Paracetamol and an anti inflammatory, such as Ibuprofen ("Brufen") Diclofenec ("Voltaren") or Celecoxib "Celebrex" is prescribed for ten days, to make the post operative course as comfortable as possible. I prescribe a 7 day course of antibiotics to minimise the risks of throat infection post operatively. A supply of lemonade ice-blocks in the freezer provides soothing relief. There need be no dietary restrictions - for some, it may be better to eat and chew regularly post operatively to exercise and relax the jaw muscles.

Two weeks off work or school and active sport is usually necessary for full recovery. 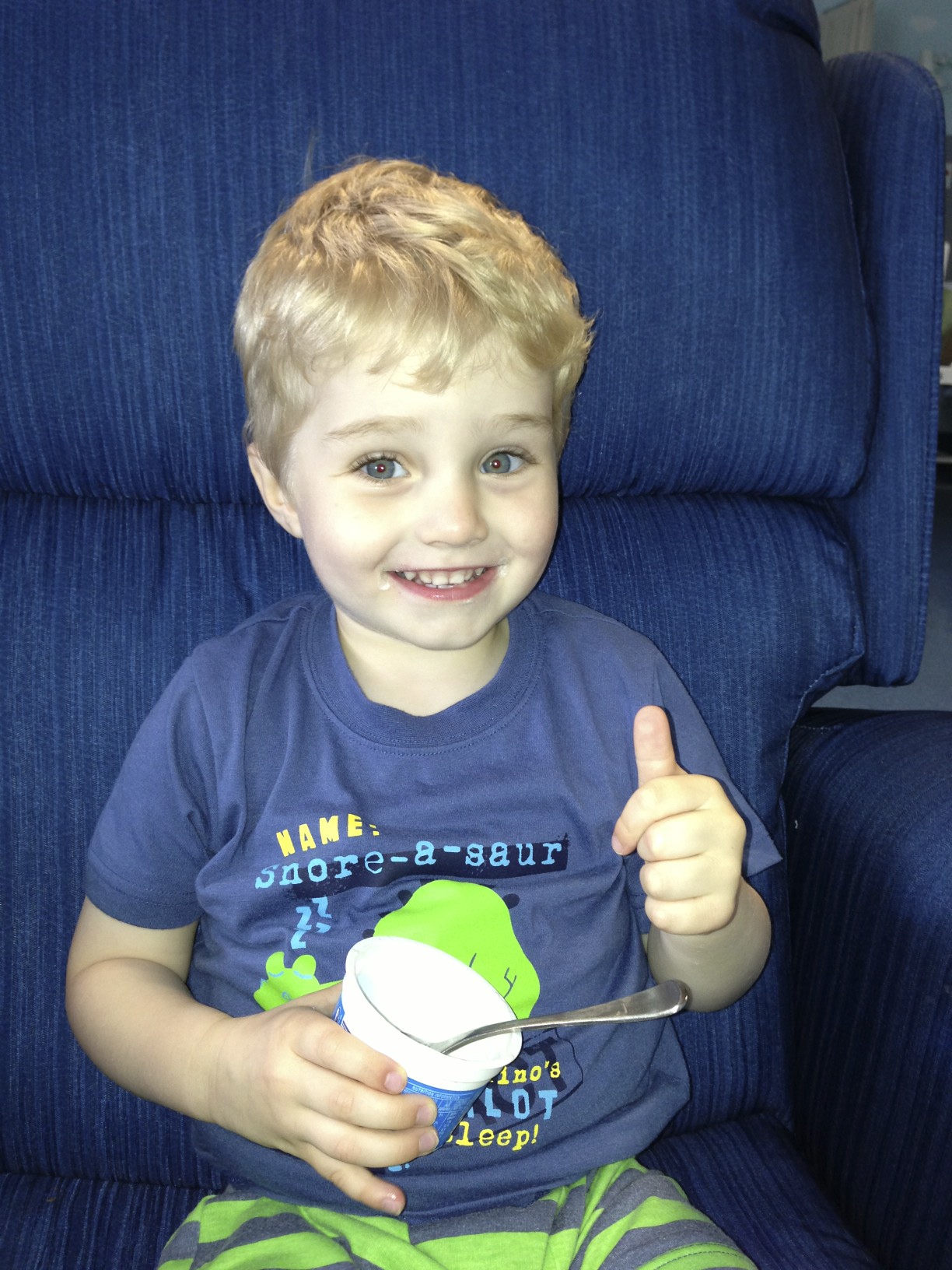 Nowadays especially, in expert hands, this is usually a straightforward and safe procedure.

Approximately two to three people in one hundred will have bleeding from the raw surface in the healing phase, any time up to 17 days post operatively. This is usually minor as a result of the scab coming off, and usually stops by itself, but may look dramatic and very concerning. I usually recommend readmission to hospital and possible cautery (heat sealing) to seal off any abnormal bleeding points if this occurs. Serious bleeding requiring blood transfusion occurs less than one in five hundred. It is important to tell me if you have a history of bleeding troubles, or if there is a family history of bleeding disorder (e.g. von Willebrand's disease).

Aspirin containing products should be avoided for two weeks before and after tonsillectomy, as this may aggravate bleeding.

Questions about reduction in the immune system are common, but studies in the 1960's and early 1970's raising these concerns have not been validated. Because many people with recurrent tonsillitis are "run down" they actually report an improvement in their general well being and immunity. Many parents report a dramatic improvement in the health of their children after adeno-tonsillectomy.

Taste alterations may occur for some weeks in approximately 10 %- this is only temporary.

Care is needed for those with cleft palate, as removing the adenoid may risk an increase in hyper nasal speech.

The risks of general anaesthesia are very low indeed for most otherwise healthy people.

Please give my secretary a call and she can make an appointment for a consultation for you.